Antibiotics are chemicals that kill or slow the growth/replication of bacteria while having minimal or no effect on human cells. Antibiotics are ineffective against viruses. Penicillins are a class of antibiotics that continue to be used widely and have been produced since 1939.

Antibiotics are highly specific and typically designed to work a specific class of organisms by targeting genes. Therefore, patients might be prescribed different types or amounts of antibiotics depending on the type of bacteria causing the infection. 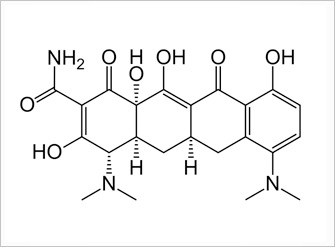 Antibiotics are available in many forms and may be used orally, topically and/or intravenously. Various antibiotic ointments are used topically to prevent infection of bruises, minor cuts or eruptions. Oral antibiotics are given to treat both systemic and localized infections such as sinus infections, pneumonias and others. In addition, many antibiotics are used in combination to treat illness and on medical devices such as Rifampin and Minocycline on vascular access devices and provide a spectrum of protection against certain types of bacteria. This combination antibiotic is available on Central Venous Catheters (CVCs) and Peripherally Inserted Central Catheters (PICCs) to provide prophylaxis against bacteria that cause catheter-related bloodstream infection.

Incorrect use or overuse of antibiotics may lead to bacterial resistance; the antibiotic becomes less effective and even ineffective against a specific strain of resistant bacteria.

With antibiotic catheter technology there is also the potential for the development of antibiotic resistance. Resistant strains of bacteria that commonly cause infection such as methicillin-resistant Staphylococcus aureus (MRSA) and Vancomycin-Resistant Enterococci (VRE), and C. difficile, are on the rise and becoming increasingly difficult to treat. in vitro studies have found that antibiotic central venous catheters (CVCs) are associated with increased colonization by Candida species.17 By selectively eliminating only specific pathogens, studies have shown that antibiotic catheters may allow the growth of other organisms like Candida. This has been documented in multiple studies.