Benefits and Uses of Chlorhexidine

Chlorhexidine has been used in more than 60 different pharmaceuticals and medical devices. Its wide application is due to its broad-spectrum efficacy, safety-profile and substantivity on the skin with low irritation.1,10 It has been found to possess a high level of antimicrobial activity and strong affinity for binding to skin and mucous membranes.6,11,26 At product-dependent concentrations, chlorhexidine is widely used as a disinfectant in a range of healthcare products, including topical skin disinfectants, wound and burn care products, oral care products, hand washing solutions, urology catheter lubricants, central venous catheters and needleless IV connectors. 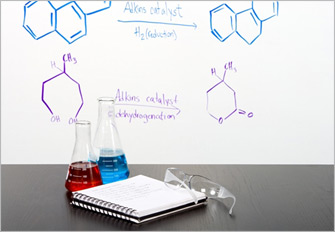 Topical creams containing chlorhexidine are used to prevent the spread of infection on the skin's surface. Cloths with a 2% chlorhexidine gluconate have also showed a 50% reduction in Surgical Site Infections (SSIs).23

Chlorhexidine is also available in many pet products such as shampoos and pet treats. These products keep pets and animals clean and smelling pleasant.

The Centers for Disease Control and Prevention (CDC) published Guidelines for the Prevention of Intravascular Catheter-Related Infections in 2011. Products with chlorhexidine, such as central venous catheters, skin preparation solutions and insertion site dressings are recommended as interventions that may prevent Central Line-Associated Bloodstream Infections (CLABSIs) based on clinical evidence.20

A third generation chlorhexidine PICC has demonstrated 99.99% effectiveness, in vitro, against bacterial and fungal colonization. This has been proven to last at least 30 days.17 In addition to its antimicrobial properties, the chlorhexidine PICC has also been cleared to market as the first antithrombogenic/antimicrobial catheter. It has been shown to reduce thrombus accumulation on the catheter surface by 61%, without the presence of infection, and by 92% in the presence of infection compared to control catheter, data on file.17 The antithrombogenic affect has also been shown to last for at least 30 days.17