Description of the Product 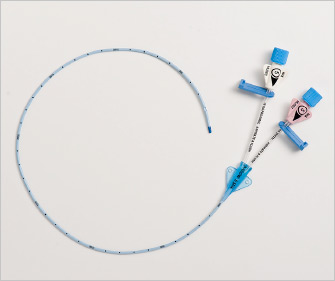 The Arrowg+ard Blue Advance™ PICC Chlorhexidine-based technology chemically bonded on outside and inside, including extension lines and hubs

Arrowg+ard Blue Advance™ Protection is proven to provide 99.99% colonization reduction against gram-positive, gram-negative and fungi that are most often associated with catheter-related bloodstream infections.17

Arrow and Arrowg+ard Blue Advance are trademarks or registered trademarks of Teleflex Incorporated or its affiliates.